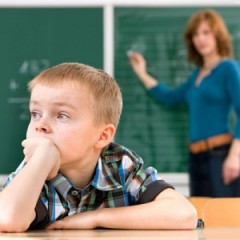 This is so interesting! We have an epidemic in our country of children suffering from ADHD and other Hyperactive disorders. In a recent blog, we shared with you about the link between processed foods and IQ.  Now, we find through our friends at Natural News that there’s also a link between certain foods and behavior issues.  This solidifies our goal at BT Healthsource to help parents and individuals be informed of a healthy lifestyle and eliminate many of the health issues we carry around with us.

(NaturalNews) Survey data reported by the CDC shows that close to 10% of American children have been diagnosed with Attention Deficit Hyperactivity Disorder (ADHD), and about two-thirds of these children are taking prescription medication as a result. The Impact of Nutrition on Children with ADHD (INCA) was a randomized controlled trial designed to investigate the potential connection between diet and ADHD. Findings from this study were recently published in The Lancet, and suggest that following a restrictive diet could significantly decrease symptoms of ADHD.

The study enrolled 100 children, between the ages of 4 and 8, who were diagnosed with ADHD. Half of the children served as the control group, while the other half were placed on a restrictive diet for five weeks. This diet was 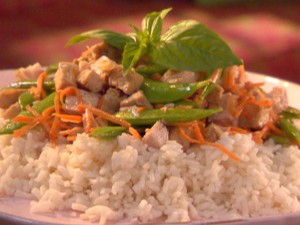 limited to certain foods including rice, turkey, pears, vegetables and water. The purpose of such restriction was to eliminate potentially offending foods and to observe any change in symptoms. Among children who stayed on the diet, 78% responded favorably, experiencing a reduction in symptoms. During a second phase of the study, offending foods were reintroduced. Symptoms returned in those who had previously shown improvement.

According to Dr. Lidy Pelsser, principal investigator of the study, the majority of children diagnosed with ADHD are actually experiencing symptoms of food hypersensitivity and do not need medication to manage the disorder. Pelsser believes that a paradigm shift in how we think about and treat ADHD is needed. She emphasizes that researchers and clinicians should focus on determining the cause, as opposed to merely controlling the symptoms. Pelsser states: “we should start with diet research.”

Current medical treatment of ADHD begins with pharmaceutical management and/or behavior therapy; whereas, the treatment approach advocated by Pelsser involves an initial five-week dietary adjustment to determine whether food is the cause. However, certain challenges may slow or prevent these findings from reaching clinical practice. First, physicians must receive education and training on this new information. They must also take the time to educate patients and their families on the importance of lifestyle changes. Last but not least, patients must be willing to follow the advice given to them and to implement the recommendations from their healthcare provider.

Some tips from Brooke: