Oftentimes we look at the ingredient list and think, “well, that can’t be that bad for me.” But certain additives can be scary to your health.  This list was generated by Eat This Not That authors.

Last month we discussed some shopping tips as well as knowing your ingredients and which products are hiding chemicals or additives. This list will help you as well.

Many of the products highlighted actually have a number of these offending ingredients. Just one more reason to buy non-processed foods, and products made with few and fresh ingredients! 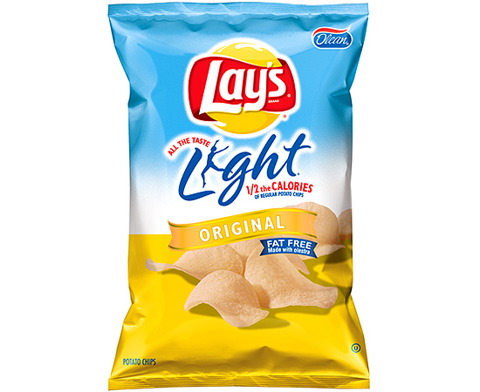 A fat substitute synthesized by Procter & Gamble. Because human digestive enzymes can’t break down the big molecules, Olestra contributes 0 calories to your diet.

In the late ’90s, Frito-Lay released Olestra-enhanced WOW chips and Procter & Gamble introduced Fat Free Pringles. Both products were required to carry warning labels to notify customers about the risk of “loose stools.” Within 4 years, some 15,000 people had dialed in to a hotline set up specifically to handle adverse-reaction complaints. Apparently the complaints didn’t move the FDA, because in 2003, the administration revoked the warning-label mandate. If you want to take your chances with diarrhea, go ahead, but first consider this: Olestra also appears to interfere with the body’s ability to absorb some crucial nutrients like beta-carotene and lycopene. To counteract the effect, processers add some nutrients back, but it’s unlikely that all the blocked nutrients are adequetly replaced.

Where you’ll find it: 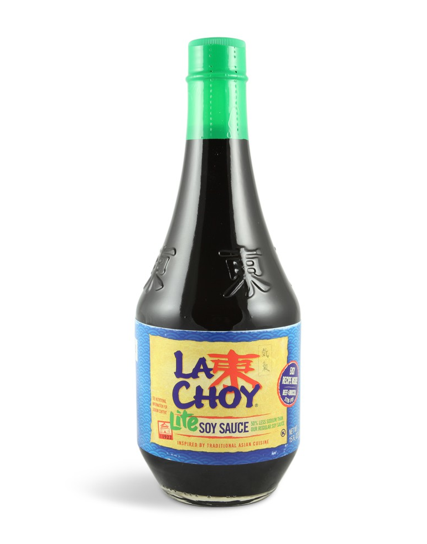 Caramel coloring shows up in everything from soft drinks and sauces to breads and pastries. When made from straight sugar, it’s relatively benign. But when produced with ammonia it puts off 2-methylimidazole and 4-methylimidazole, chemicals that have been linked to cancer in mice. The risk is strong enough that the California government, a bellwether for better food regulation, categorized 4-methylimidazole as “known to cause cancer” earlier this year. Unfortunately, companies aren’t required to disclose whether their coloring is made with ammonia, so you’d be wise to avoid it as much as you can.

Where you’ll find it:

An artificial sweetener discovered by accident in the 1870’s. 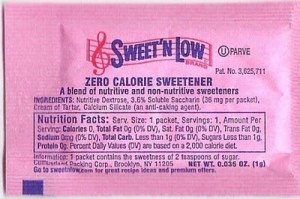 Why it’s scary: Studies have linked saccharin to bladder tumors in rats, and in 1977, the FDA required warning labels on all saccharin-containing foods. In 2000, the agency changed its stance and allowed saccharin to be sold without warning labels. But that doesn’t make it entirely safe. A 2008 Purdue study found that replacing sugar with saccharin in rats’ diets made them gain more weight, proving once again that you should be aware of these faux fat foes.

A compound that conditions flour and helps bread puff up during baking. 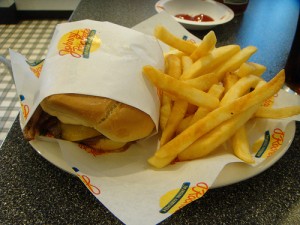 Why it’s scary: Potassium bromate causes thyroid and kidney tumors in rats, and it’s banned from food use in many countries. In California, products containing potassium bromate are required to carry a cancer warning. Fortunately, negative publicity has made the additive relatively rare, but until the FDA banishes it, you should remain on the lookout. 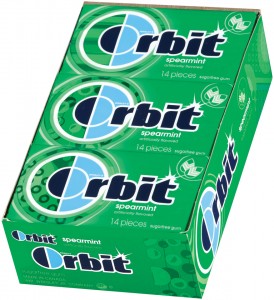 Why they’re scary: The Department of Health and Human Services says BHA is “reasonably anticipated to be a human carcinogen,” yet the FDA allows it to be used anyway. BHT is considered less dangerous, but in animal research, it too has resulted in cancer. Oddly, the chemicals aren’t even always necessary; in most cases they can be replaced with vitamin E. 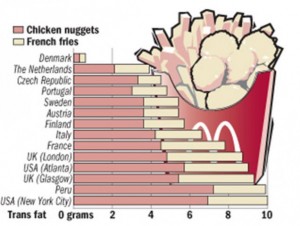 Why it’s scary: Partially hydrogenated fats are the principle sources of trans fat in the American diet, and a Harvard study estimated that trans fat causes 70,000 heart attacks every year. The good news: Partially hydrogenated oils are beginning to slowly retreat from our food. Progressive jurisdictions like New York City are starting to restrict the allowable amounts in restaurants, and many chains are switching to healthier frying oil. Still, the battle isn’t over. At Long John Silver’s, for example, there are still 17 menu items with more than 2 grams of the stuff. According to the American Heart Association, that’s about the maximum you should consume in a single day.

Preservatives that maintain the color of food, and by releasing sulfur dioxide, prevent bacterial growth. 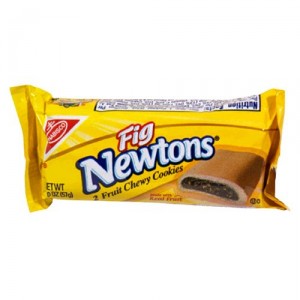 Why it’s scary: Humans have used sulfites to keep food fresh for thousands of years, but some people—especially asthma sufferers—experience breathing difficulties when exposed. In the 1980s, unregulated use resulted in at least a dozen deaths, prompting the FDA to slap warning labels on wine bottles and develop new guidelines for proper use. Now restaurants can no longer soak fresh ingredients in sulfites. According to the Center for Science in the Public Interest, there have been no known deaths since the new legislation took hold. The bottom line: If you’re among the majority of people not sensitive to sulfites, consumption won’t hurt you. If you’re not sure, ask your doctor for a test. 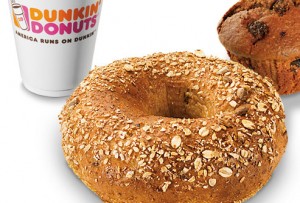 Why it’s scary: This chemical is used most frequently in the production of industrial foam plastic, and although the FDA has approved its use for food in the States, the United Kingdom has labeled it a potential cause of asthma. In a review of 47 studies on azodicarbonamide, the World Health Organization concluded that it probably does trigger asthmatic symptoms. The WHO concluded, “exposure levels should be reduced as much as possible.” I’ll put it more concisely: Avoid it.

You can see all of McDonald’s ingredients here. 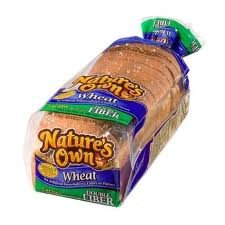 An inorganic salt that occurs naturally near active volcanoes and is used commercially to nourish yeast and help bread rise.

Why is it scary: This nitrogen-rich compound is most often used as fertilizer, and also appears commonly in flame retardants. Thankfully, the ingredient only sounds scary—a 2006 Japanese rat study found the additive to be non-carcinogenic. Both the Center for Science in the Public Interest and the FDA deem it safe.

Where you’ll find it: Nature’s Own bread, Subway rolls

A zero-calorie artificial sweetener made by combing two amino acids with methanol. Most commonly used in diet soda, aspartame is 180 times sweeter than sugar. 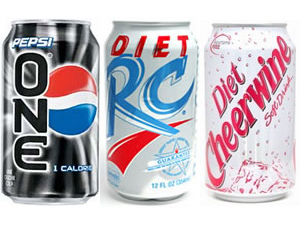 Why it’s scary: Over the past 30 years, the FDA has received thousands of consumer complaints due mostly to neurological symptoms such as headaches dizziness, memory loss, and, in rare cases, epileptic seizures. Many studies have shown the sweetener to be completely harmless, while other have linked the additive to cancer. A 2006 Italian study found that rats fed high daily doses of aspartame—the equivalent of nearly 3 liters for a 150-pound human—experienced higher levels of lymphomas, leukemia, and other types of cancer. Still, after reviewing the study, the FDA concluded that the results weren’t strong enough to warrant the confectionary chemical’s removal from the market.

The salt of the amino acid glutamic acid, used to enhance the savory quality of foods. MSG alone has little flavor, and exactly how it enhances other foods is unknown. 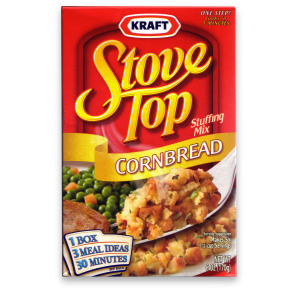 Why it’s scary: After forty years of scrutiny, research has yet to reach a definitive verdict on MSG. Studies have shown that injecting the amino acid into mice causes brain-cell damage, but the FDA believes these results are not typical for humans. Still, the administration fields complaints every year for nausea, headaches, chest pains, and weakness. It could be that the results are limited to people with acute MSG sensitivity, so the FDA continues to allow manufacturers to use it.

Nitrogen-based compounds that are essential for digestion in small amounts. They occur naturally but are synthetically produced for use in fertilizer and as food additives. They’re commonly used to cure processed meats. 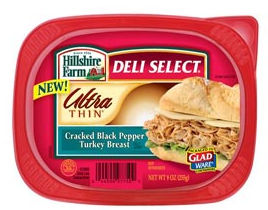 Why they’re scary: Nitrates and nitrites have a tendency to fuse with amino acids to become carcinogenic nitrosamines. Ironically, the processed meats into which nitrates are commonly added are rich with amino acids, making nitrosamine formation very likely. In addition to concerns about cancer, increased nitrate and nitrite intake has been linked to deaths in Alzheimer’s, type 2 diabetes, and Parkinson’s patients. Despite the risks, the valuable use of nitrates and nitrites as inhibitors of botulism warrant their acceptance as food additives in the eyes of the FDA.

An artificial dye used to color food. It can be used alone or mixed with other dyes, and the goal is typically to suggest the appearance of natural food.

Why it’s scary: A study published by the Center for Science in the Public Interest showed that the ingestion of Blue #2 led to increases in tumor development in the brain and mammary glands in lab rats. The FDA dismissed these findings, citing a variety of nebulous weaknesses in the study’s methods. The bottom line: whether or not artificial dyes are harmful, the foods they appear in are the most heavily processed, nutritionally bankrupt foods in the supermarket.

Parabens are used to prevent mold and yeast formation in food, and they’re also used in cosmetics, toothpaste, and personal lubricant. Although they exist in nature, the parabens used in commercial products are created synthetically.

Why it’s scary: It’s been documented that parabens act as mild estrogens, and according to the Environmental Working Group, they can disrupt the natural balance of hormones in your body. In a Japanese study, male rats fed propyl paraben daily for four weeks suffered lower sperm and testosterone production, and other studies have found parabens present in breast cancer tissues. 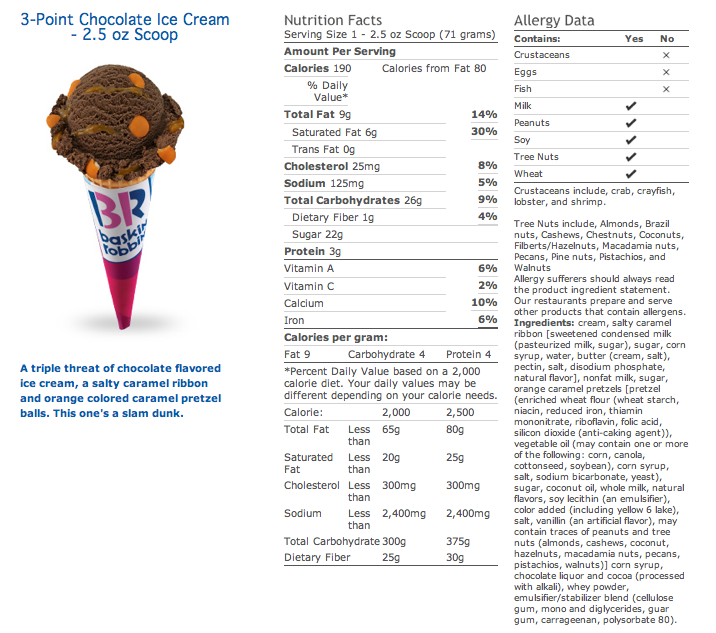