Many of you still believe that Splenda and Aspartame are ok to have in moderation.  I want to share with you some research done by respected physicians and labs on what these sweeteners actually are and their long-term effect on your body. Please read through the description below and make an informed decision for you and your family. I’ve bolded some of the key information for you.

James Bowen, M.D., A physician, biochemist, and survivor of aspartame poisoning warns about yet another synthetic sweetener, Splenda.

HAWAII — The chemical sucralose, marketed as “Splenda”, has replaced aspartame as the #1 artificial sweetener in foods and beverages. Aspartame has been forced out by increasing public awareness that it is both a neurotoxin and an underlying cause of chronic illness worldwide. Dr. James Bowen, Researcher and biochemist, reports:

“Sucralose is a molecule of sugar chemically manipulated to surrender three hydroxyl groups (hydrogen + oxygen) and replace them with three chlorine atoms. Natural sugar is a hydrocarbon built around 12 carbon atoms. When turned into Splenda it becomes a chlorocarbon, in the family of Chlorodane, Lindane and DDT.

“It is logical to ask why table salt, which also contains chlorine, is safe while Splenda/sucralose is toxic? Because salt isn’t a chlorocarbon. When molecular chemistry binds sodium to chlorine to make salt carbon isn’t included. Sucralose and salt are as different as oil and water.

“Unlike sodium chloride, chlorocarbons are never nutritionally compatible with our metabolic processes and are wholly incompatible with normal human metabolic functioning. When chlorine is chemically reacted into carbon-structured organic compounds to make chlorocarbons, the carbon and chlorine atoms bind to each other by mutually sharing electrons in their outer shells. This arrangement adversely affects human metabolism because our mitochondrial and cellular enzyme systems are designed to completely utilize organic molecules containing carbon, hydrogen, oxygen, nitrogen, and other compatible nutritional elements.

“By this process chlorocarbons such as sucralose deliver chlorine directly into our cells through normal metabolization. This makes them effective insecticides and preservatives. Preservatives must kill anything alive to prevent bacterial decomposition.”

Dr. Bowen believes ingested chlorocarbon damage continues with the formation of other toxins: “Any chlorocarbons not directly excreted from the body intact can cause immense damage to the processes of human metabolism and, eventually, our internal organs. The liver is a detoxification organ which deals with ingested poisons. Chlorocarbons damage the hepatocytes, the liver’s metabolic cells, and destroy them. In test animals Splenda produced swollen livers, as do all chlorocarbon poisons, and also calcified the kidneys of test animals in toxicity studies. The brain and nervous system are highly subject to metabolic toxicities and solvency damages by these chemicals. Their high solvency attacks the human nervous system and many other body systems including genetics and the immune function. Thus, chlorocarbon poisoning can cause cancer, birth defects, and immune system destruction. These are well known effects of Dioxin and PCBs which are known deadly chlorocarbons.”

Dr. Bowen continues: “Just like aspartame, which achieved marketplace approval by the Food and Drug Administration when animal studies clearly demonstrated its toxicity, sucralose also failed in clinical trials with animals. Aspartame created brain tumors in rats. Sucralose has been found to shrink thymus glands (the biological seat of immunity) and produce liver inflammation in rats and mice.

“In the coming months we can expect to see a river of media hype expounding the virtues of Splenda/sucralose. We should not be fooled again into accepting the safety of a toxic chemical on the blessing of the FDA and saturation advertising. In terms of potential long-term human toxicity we should regard sucralose with its chemical cousin DDT, the insecticide now outlawed because of its horrendous long term toxicities at even minute trace levels in human, avian, and mammalian tissues. 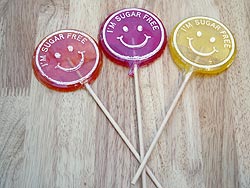 “Synthetic chemical sweeteners are generally unsafe for human consumption. This toxin was given the chemical name “sucralose” which is a play on the technical name of natural sugar, sucrose. One is not the other. One is food, the other is toxic; don’t be deceived.”

Doctor Bowen has spent 20 years researching artificial sweeteners after his use of aspartame resulted in being diagnosed with Lou Gehrig’s disease. Dr Bowen’s intention is to warn the world of the toxicity of tabletop poisons like aspartame, Splenda and Neotame.

For more information on aspartame and Splenda:

Dr. Bowen can be seen in the movie “Sweet Misery: A Poisoned World” For the movie call 1 818 349 8822 or email [email protected] See how aspartame was approvedhttp://www.soundandfury.tv/pages/Rumsfeld2.html

Russell Blaylock, M.D., has published Excitotoxins: The Taste That Kills on the subject, http://www.russellblaylockmd.com/