If you have kids that play sports, then you are probably faced with bringing snacks to the game for your little ones or taking turns for the entire group.  I want to make you aware of some harmful ingredients that you may not realize are having an adverse effect on our children instead of FUELING them pre-game or post-game.  This truly hits home for me because I have two daughters that are 6 and 9 that play sports, and we’re faced with these typical snacks on a weekly basis.

I really want to encourage moms and dads that there are so many better snack choices that are free from chemicals and artificial ingredients that can really fuel our children for the best athletic performance, help sustain their energy, and will be much better for their health.  We want to choose foods that are naturally occurring because our bodies know what to do with those foods.  Our bodies do not know what to do with fake ingredients.  Most of these ingredients that are harmful are banned in other countries but not in the United States because we are not demanding that they be removed.  I believe we are not demanding it because we are simply not aware of them.

I also want to encourage you to make your own snacks and healthy treats, too. I used to think it was so much harder and time consuming to make healthy snacks.  But, after I gave it a shot, it was not as hard as I thought.  I make healthy snacks all the time with my kids, and it can really be fun!

Below, I defined some of the scary ingredients found in typical snack foods so that you will know what they are and how they affect children.  I also provided a comparison chart of snack foods so you can see better options.  I would love to see and hear from all of you on any other suggestions you have.

TBHQ is a chemical preservative which is a form of petroleum (butane).  Its purpose?  To keep foods from becoming rancid and greatly extending the shelf life of foods, mainly processed foods.  When trans fats are removed from processed foods, TBHQ is usually used to replace it.    This preservative may bring about the following in children:  hyperactivity, asthma, rhinitis, dermatitis, restlessness and can aggravate ADHD.  The FDA limits the amount of TBHQ in the oil and fat amounts of foods to 0.02% (scary that there is a “limit”).  Ingesting one gram of TBHQ has caused delirium, vomiting, nausea, ringing in the ears, feelings of suffocation and collapse.  Only 5 grams of TBHQ has caused deaths.

BHT (Butylated Hydroxytoluene) and BHA (Butylated Hydroxyanisole) are also chemical preservatives used to extend the shelf life of foods, but are also known as stabilizers in pesticides, gasoline, lubricants and soaps.  They are found in processed foods and even cosmetics.  Both BHT and BHA are known to cause hyperactivity and allergies in children and are considered to be carcinogens by the US Department of Health and Human Services.  California has listed BHT as a known carcinogen…a step in the right direction.  Unfortunately, the FDA still allows these in processed foods, many of which are geared toward children.

High Fructose Corn Syrup (HFCS) is a man-made sweetener derived from corn syrup and is also a cheaper way to sweeten foods, so it is the principal sweetener in processed foods and beverages in the U.S.  The body does not metabolize HFCS like regular sugar.  Our bodies can tell the difference between cane sugar and corn sugar.  Since the introduction of HFCS over 40 years ago, rates of obesity in the U.S. have skyrocketed. (Source:  CDC).   HFCS can trigger body-wide inflammation and obesity.  HFCS turns into fat and is a major contributor in childhood obesity.  It has been linked to:  hyperactivity, mood swings, aggression, learning difficulties and extreme tantrums.  According to the Mayo Clinic, it has been linked to obesity, metabolic syndrome, type 2 diabetes and high blood pressure.  Additionally, HFCS contains contaminants like mercury which can lead to:  memory loss, attention problems, decline in language skills and fine motor skills, damage to the brain and nervous system, and allergic reactions in the form of fatigue, crying, irritability, anxiety, night-waking and crankiness.  High fructose corn syrup can be avoided if most processed foods are eliminated.

Food dyes are chemicals used to add color to food to maintain or improve its appearance.  They are often added to processed foods, drinks and condiments.  Some of the synthetically produced food dyes are FD&C Blue #1, Blue #2, FD&C Green #3, Red #40, Yellow #6 and several others.  Food dyes cause hyperactivity in many children.  Studies done at Columbia University and Harvard University show that removing foods and products containing food dyes helped relieve ADHD symptoms in children with this condition.  Artificial flavors can also cause children to be inattentive, impulsive and hyperactive.  Many pediatricians recommend taking these additives out of a child’s diet before using ADHD medicines for behavioral problems.

Consuming high amounts of sugar in snack foods can cause tooth decay, hyperactivity, obesity and diabetes in children.  Many snack foods like juice drinks, sports drinks and sugary treats are filled with sugar and have no nutritional value.

Sucralose, a.k.a. Splenda, is an artificial sweetener that is made from sugar molecules that are compounded with chlorine. Sucralose is not a natural sugar the body can use for fuel.   Plus, it can become addictive.  Frequent use of Splenda, even short-term, can cause shrunken thymus glands and enlarged liver and kidneys.  Even though sucralose is considered a “no calorie” sweetener that the body cannot digest, the USDA states that 20 – 30% of ingested Splenda is indeed metabolized in our bodies.  Another artificial sweetener to avoid is Aspartame, commonly found in diet sodas.  It is a chemical that is not safe for the growing brains of children.

Below is a comparison of snack foods filled with the harmful ingredients above versus healthier snack foods. 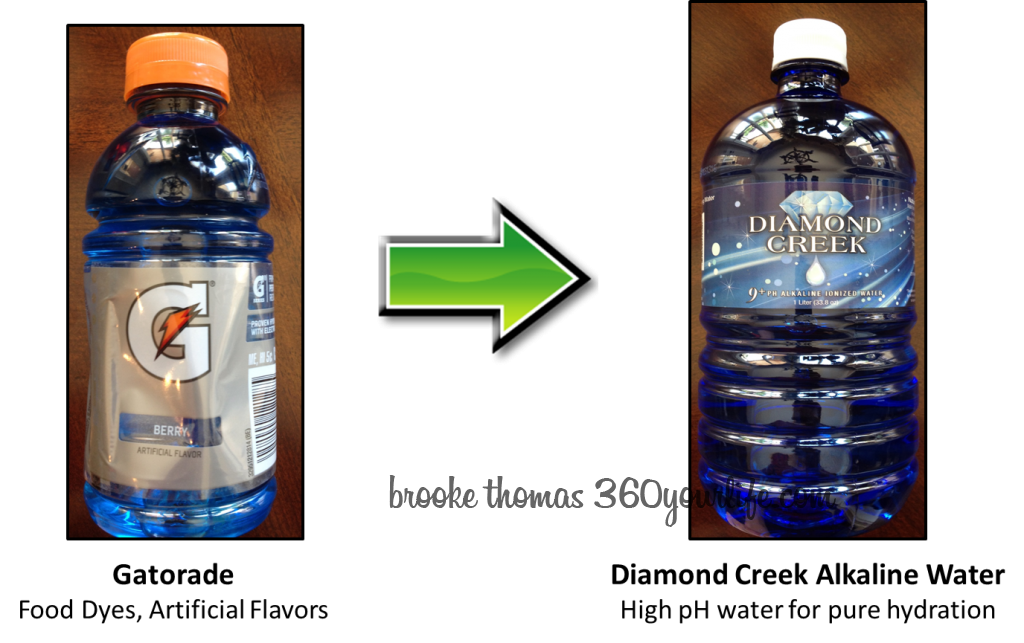 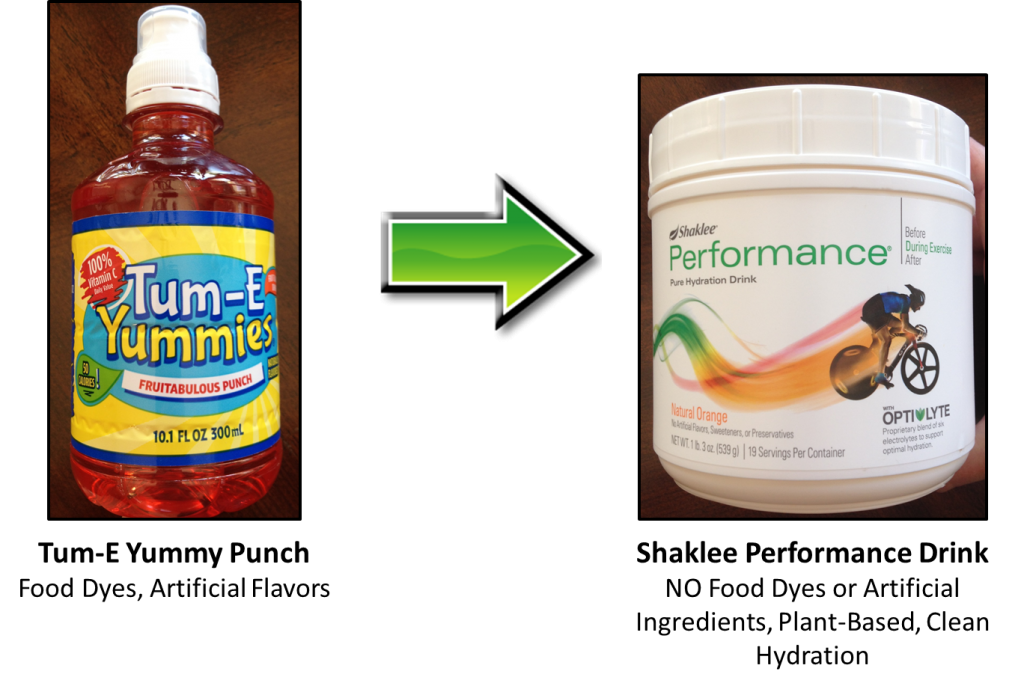 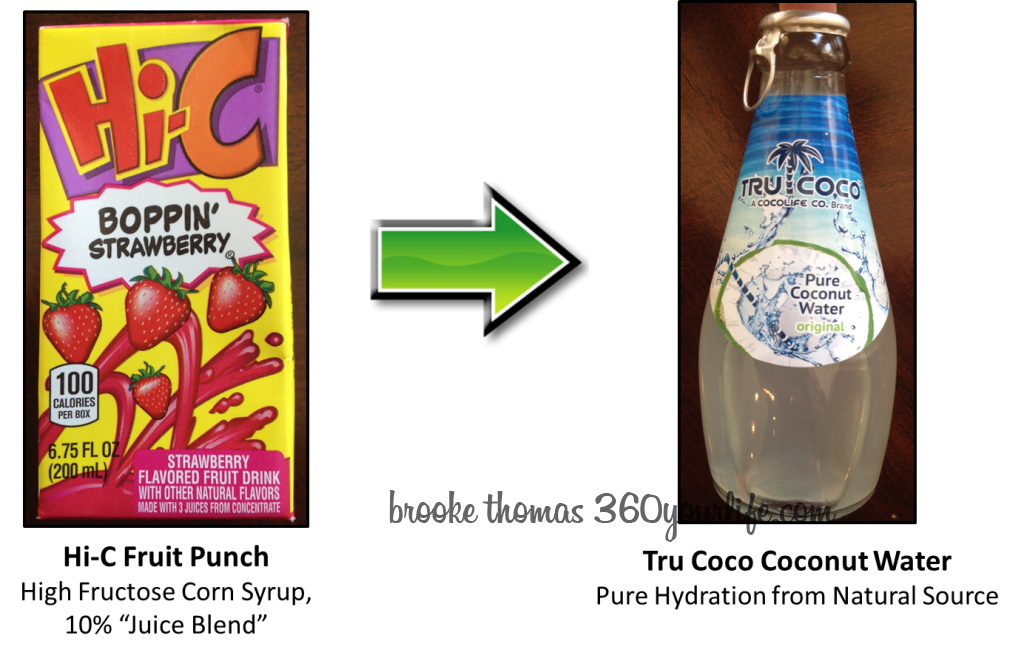 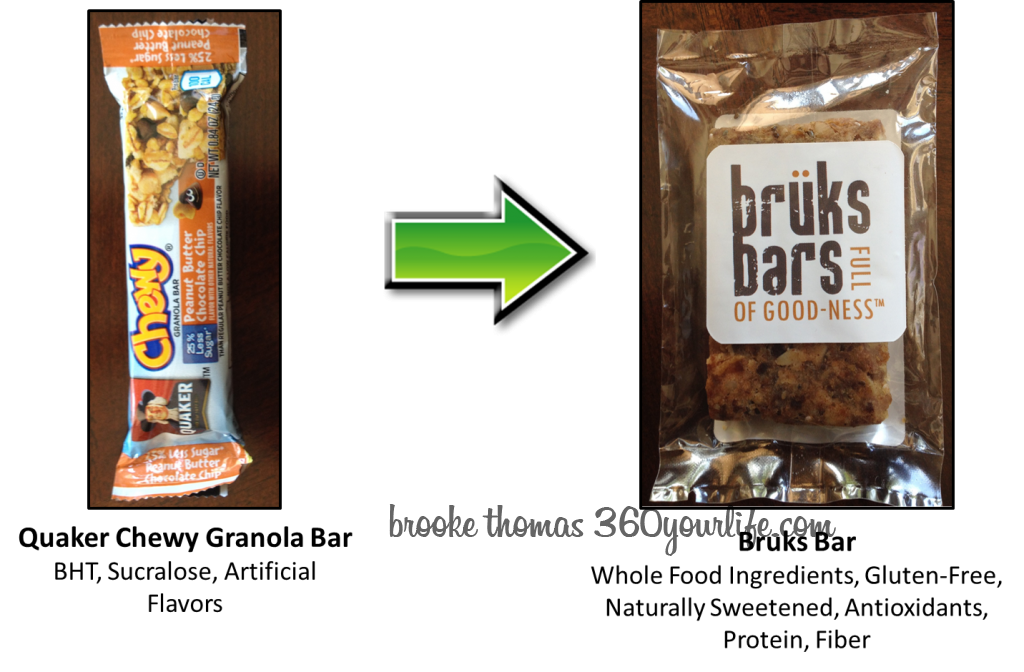 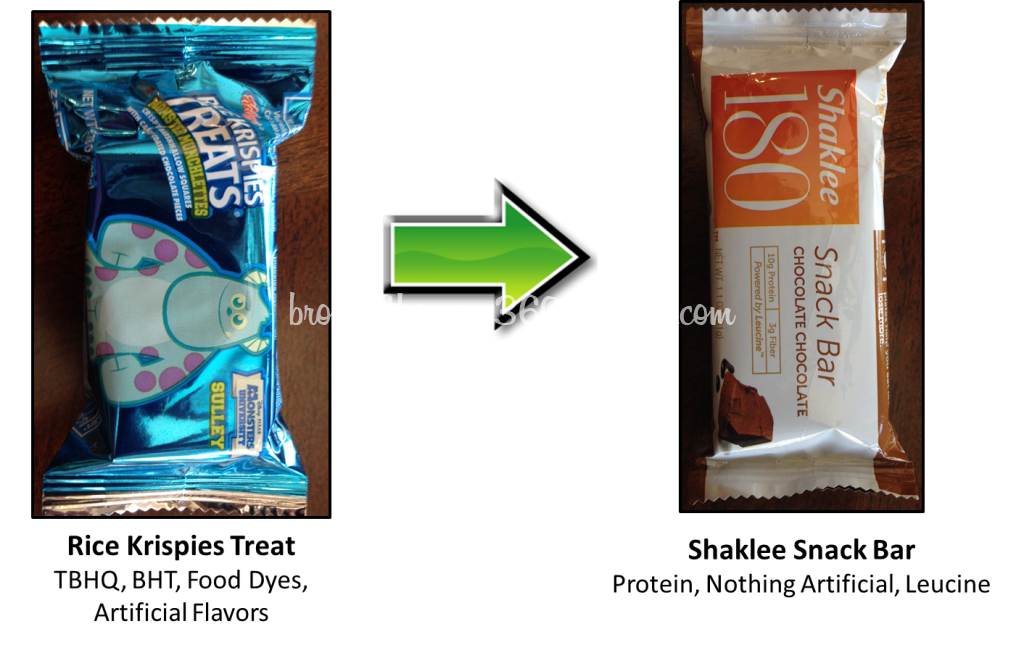 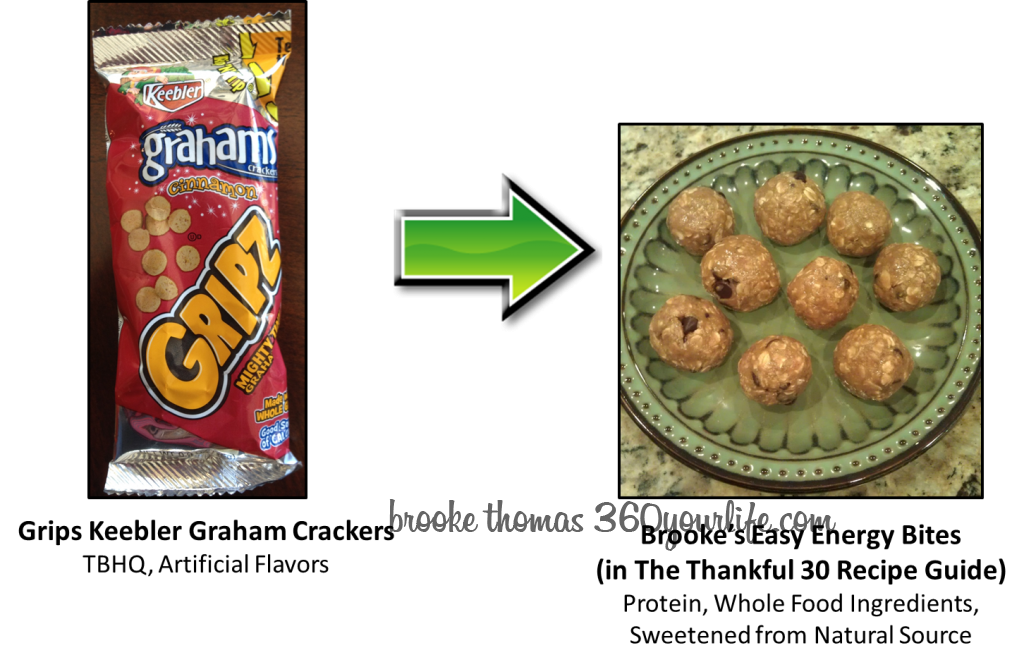 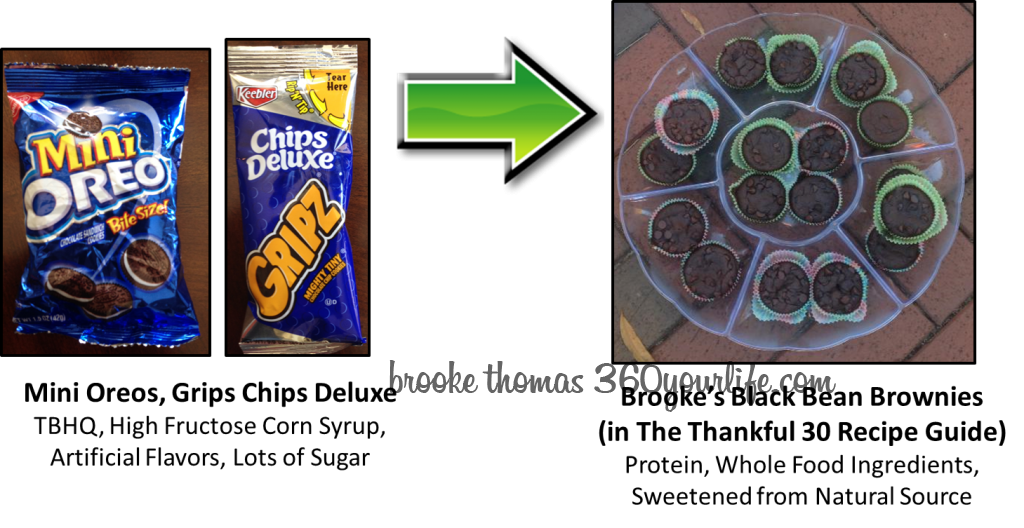 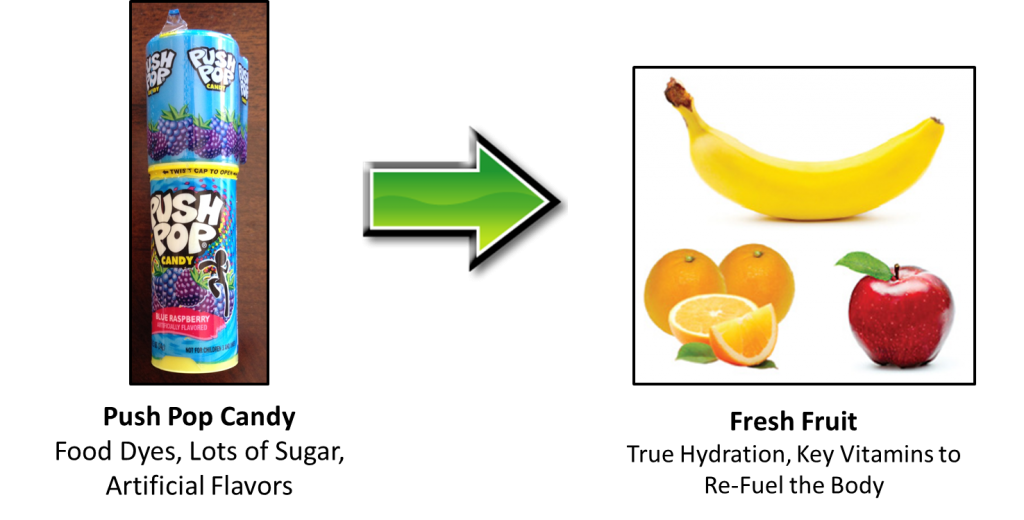 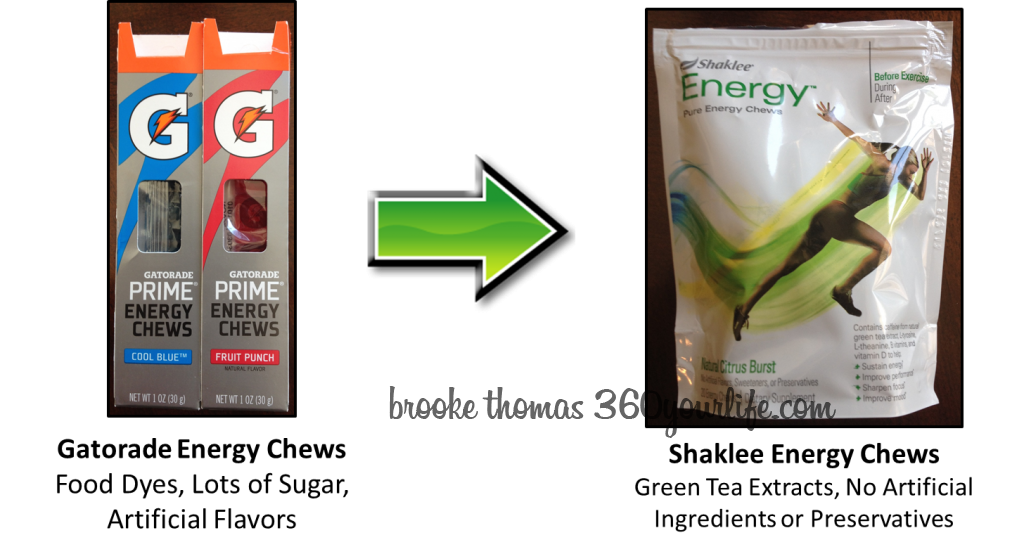 Where to find these Healthier Snack Foods:

Brothers All Natural Fruit Crisps – Found in Most grocery stores