We ran across this interesting study recently.  This is a huge wake-up call to all of us.  How we feed our kids and how we encourage others to feed our children matters.  One comment in this study that stands out to me is “It costs the U.S. healthcare system $174 BILLION a year, according to the National Institutes of Health.” Really?  Keep reading… 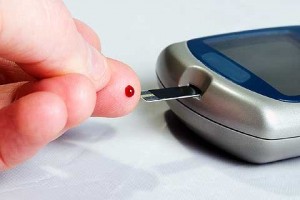 As recently as the mid-1990s, Type 2 diabetes was almost exclusively a disease of adults. But apparently fueled by the childhood obesity epidemic, cases in people younger than 20 have ramped up from virtually zero to tens of thousands in the United States in little more than a decade. The children who have it are breaking new scientific ground: No one has any idea how they will fare over the course of a lifetime.

Today, about 3,700 Americans under the age of 20 receive a diagnosis annually of what used to be called “adult-onset” diabetes, according to the Centers for Disease Control and Prevention. That relatively small number makes it a rare disease in children, but it represents a trend with larger ramifications.

“In a little more than 10 years, the numbers went from nothing to something,” says Larry Deeb, a pediatric endocrinologist and past president of the medicine and science division of the American Diabetes Association. “And that’s something to worry about.”

Diabetes can cause a litany of medical woes, including heart disease, kidney failure, limb amputations and blindness. It costs the U.S. healthcare system $174 BILLION a year, according to the National Institutes of Health. Those statistics are grim enough when patients are in their 60s. When the diagnosis is made decades earlier, new fears are raised: Will these children suffer heart attacks in their 20s, need kidney dialysis in their 30s or go blind before they see their own children graduate from high school? 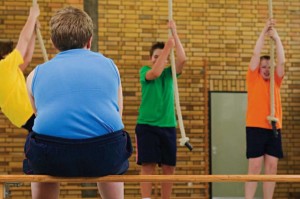 Because about 80 percent of Type 2 diabetes patients are overweight or obese, it’s not surprising that patients ask if they’ve done this to themselves. But there are other risk factors that no one can control: family history, ethnicity (blacks, Hispanics and American Indians have higher rates of diabetes), genetics or a mother who had diabetes during her pregnancy. Instead of wallowing in regret, doctors suggest that young patients and their parents seize the opportunity for a crash course on how to improve their health.

More than 25 million Americans have diabetes (more than 90 percent have Type 2), according to the National Institute of Diabetes and Digestive and Kidney Diseases – but an additional 79 million have a condition called pre-diabetes, in which blood sugar levels are higher than normal but not as high as in diabetes. 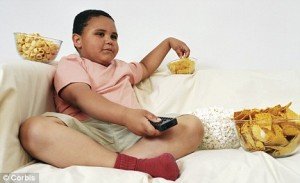 Pre-diabetes isn’t a disease requiring medical treatment – it’s a wake-up call. A large national study showed that adults with pre-diabetes who lost 7 percent of their body weight reduced their risk of diabetes by 58 percent. Officials are concerned that the number of children already identified as having Type 2 diabetes is just the tip of the iceberg. In a national study of 2,000 eighth-grade students from communities at high risk for diabetes, more than half of the kids were overweight or obese. Only 1 percent had diabetes – but almost a third of them had pre-diabetes, according to Lori Laffel, chief of the Pediatric, Adolescent and Young Adult Section of the Joslin Diabetes Center in Boston and a principal investigator on the study. It’s crucial, she says, to find those children before their condition progresses to diabetes so that it can be reversed by lifestyle changes, without medication.

If there is any good news in childhood diabetes, it is that pediatricians are starting to look for it. For example, sometimes children whose bodies are beginning to have problems regulating insulin develop a telltale dark, velvety rash around their necks. A decade ago, such a child might have been referred to a dermatologist. In addition, CDC guidelines suggest that a child with a family history of diabetes, or one whose weight is above the 85th percentile for age and sex should be screened, with blood and urine tests, for diabetes. Visit the Washington Post for the article.