Another great article from Dr. Mercola! He seems to get us the information in such a concise manner. As you read this, it’s not our intention to disregard the medical society or to offend.  Our desire at 360YourLife is to inform you and to help you make wise decisions for you and your family.

In the documentary FoodMatters, we are encouraged to believe that “the power that made the body, heals the body”. If we give our bodies what it’s deficient in, it will heal. Our hope is that you will see your medical issues to their ROOT and stop treating the mere symptoms.

Medication Errors are a Major Killer 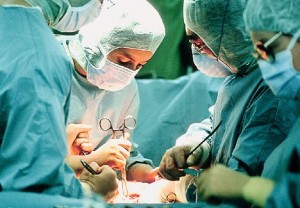 In a June 2010 report in the Journal of General Internal Medicine, study authors said that in looking over records that spanned from 1976 to 2006 (the most recent year available) they found that, of 62 million death certificates, almost a quarter-million deaths were coded as having occurred in a hospital setting due to medication errors. They also found that these errors spiked in July, and particularly in teaching hospitals.

There are four points in the medication use process at which errors may occur:

1. when the medication is ordered (written, electronic, or oral)

2. when the medication order is transcribed and verified

3. when it’s dispensed, and

The June 2010 report narrowed the errors down to:

* taking the wrong drug, or

The reason there are so many adverse drug events in the U.S. is because so many drugs are used and prescribed – and many patients receive multiple prescriptions at varying strengths, some of which may counteract each other or cause more severe reactions when combined. 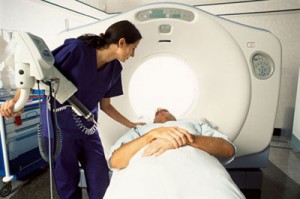 * Specialists give more than 2 prescriptions per visit

* Nearly 54 percent take meds prescribed by more than one doctor

One thing that the drug companies don’t tell you, and that your physician may not realize, is that premarketing drug safety profiles may be very narrow: most new drugs have 3,000 or less short-term patient exposures. Another fact the drug companies don’t advertise is that some drugs have rare toxicity possibilities, meaning very bad side effects could occur in as few as 1 in 20,000 patients. To detect such rare toxicity, more than 60,000 patients must be exposed AFTER the drug is marketed.

The latest study published in Health Affairs revealed that the United States now ranks 49th in the world for both male and female life expectancy, down from 24th in 1999.

In 1950, the United States was fifth among the leading industrialized nations with respect to female life expectancy at birth, surpassed only by Sweden, Norway, Australia, and the Netherlands. The last available measure of female life expectancy had the United States ranked at forty-sixth in the world. U.S. infants also are in the basement when it comes to mortality rates; according to 2009 data compiled by the World Bank, the U.S. is 41 places behind other countries in infant mortality.

There’s no doubt that government health care officials are worried about this country’s reputation for safety in the hospital setting. If they weren’t, they wouldn’t have set up the Center for Quality Improvement and Patient Safety, a task force charged with developing plans and strategies for making American health care safer.

The problem is that, as it always with government, things move very slowly when change is needed, so the nation has yet to have a nation adverse event reporting system for hospital medical errors. We also don’t have any federal standards regarding state systems. The question is whether living the status quo is going to make us any healthier or not, and if it doesn’t, what are we going to do to make a better life for ourselves?

What about Preventive Care?

It doesn’t take a genius to figure out that the American health care system is skewed toward treating illnesses and diseases, not preventing them. In 2003, my Death by Medicine report showed that judging by health care spending alone, the U.S. should be the healthiest country in the world with the best medicine available. But it wasn’t.

And today, it still isn’t.

One reason for that is because an obscure federal panel that most people never hear about not only defines what preventive medicine is, but decides what services your health care dollars will pay for. Historically that panel, the U.S. Preventive Services Task Force, has been accused of being ultra-conservative in the way of preventive care. But when it does approve it, the definition of preventive care means some kind of diagnostic test for a possible existing illness, not a strategy for staying well.

For example, if you take a look at the task force’s website, you’ll see lists of “preventive” medicine topics the group is considering that include such things as aspirin use and various types of disease screenings — with only one mention of vitamin supplements as a possible upcoming preventive strategy.

If you click on the task force’s A to Z topic guide of existing “preventive” health care, you’ll see that almost every single one is some type of disease screening or counseling for a condition you already have.

And that’s what’s wrong with U.S. health care, whether it was seven years ago or today — we are all too eager to embrace screenings for diseases or illnesses we may or may not have, and counseling and/or medical treatment in the form of pills and chemicals and surgeries for it, after we find out what disease it is we have.

According to the Kaiser Foundation and the CDC, the main drivers of health care costs in the U.S. are technology and prescription drugs; chronic disease; aging of the population; and administrative costs.

I agree that these are huge contributors to what is killing us as a nation financially and as a people. But I DON’T agree with the context in which they’re presented. If you’ve followed all the information I’ve given you here, and even skimmed the 2003 Death by Medicine article, then I think you’ll see why I think the major contributors have a slightly different paradigm — and that the only way we are get healthier as a nation, and drive medical costs down too, is to change that paradigm.

That’s because the foundational causes of what’s driving health care costs in America are:

1. The emphasis on sickness and treatment, rather than health, fitness, and prevention which is primarily fostered by ultra-sophisticated marketing strategies employed by the drug cartel.

2. Fraud — by both consumers and providers, including the drug industry. 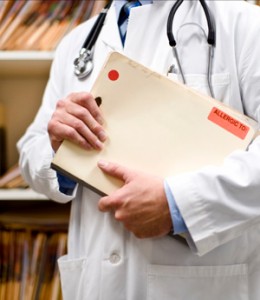 If we were only to address these issues, beginning with changing the emphasis of our well-being to health and fitness, and then following the healthy lifestyle that paradigm suggests, I promise that the issue of sickness in America and what it’s costing us — as well as the death-by-medicine events will begin to fade away very quickly.

It’s time to quit bombarding your body with medical interventions and to reward yourself with the fit and healthy body that come from living fit and lean.

And until then — until our health care system as a whole — changes the emphasis of what we’re doing to health and healthful living, exercise, proper nutrition and diet, and vitamin supplementation, we’re not going to see anything in our health care system change, even if we wait another seven years to see how it’s going.