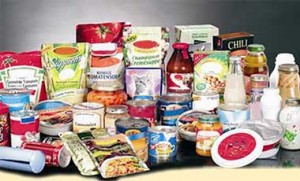 Our culture is addicted to Processed Foods.  When you walk through the grocery store that’s basically all we see.  When we turn on our televisions, it’s on every commercial.  Think of your favorite snack, I’m can guess that you’re thinking of something processed.

We are addicted, and it may not be our fault.  It’s what the processed foods have as ingredients. Take a look at some of these offenders in the processed foods.  It is understandable why our country is in bondage to this non-food.  But it doesn’t have to stay this way.  You CAN wean yourself of this addiction with a few simple steps.

About 35 years ago the technology to produce this sweetener became commercially available. This radically reduced the price of sugar and now it has become the number one source of calories in the US.The majority of processed foods contain high-fructose corn syrup or some variation thereof. Consuming fructose suppresses feelings of satiety in several ways, which eventually will have serious consequences for your weight and overall health.

Fructose diminishes your feelings of fullness because it does not stimulate a rise in leptin, one of the most powerful hunger- and fat storage regulators in your body. Fructose also reduces the amount of leptin crossing your blood-brain barrier by raising triglycerides.

Leptin resistance, in turn, is perhaps one of the most significant factors underlying human disease. For example, it plays a significant if not primary role in the development of heart disease, obesity, diabetes, osteoporosis, autoimmune diseases, reproductive disorders, and perhaps the rate of aging itself.

Additionally, whereas glucose suppresses ghrelin (also known as “the hunger hormone,” which makes you want more food), fructose, again, does not.

Fructose also increases your insulin levels, interfering with the communication between leptin and your hypothalamus, so your pleasure signals aren’t extinguished. Your brain keeps sensing that you’re starving, and prompts you to eat more.

For the sake of your health, I strongly advise keeping your fructose consumption below 25 grams per day, but this is virtually impossible if you eat a lot of processed foods.

Some 75 percent of processed foods contain GM ingredients, which are being increasingly linked to serious health problems.  Just last year the American Academy of Environmental Medicine (AAEM) reviewed the available research and issued a memorandum recommending that all doctors prescribe non-GMO diets to all patients because they are causally linked in animal feeding studies to:

One of the first steps to avoiding GM ingredients is to cut back on processed foods in your diet. 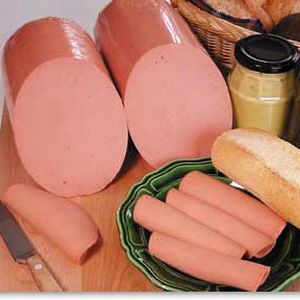 Monosodium glutamate (MSG), a flavor enhancer, is added to thousands of processed and restaurant foods.  MSG is one of the worst food additives on the market and is used in canned soups, crackers, meats, salad dressings, frozen dinners and  much more. It’s found in your local supermarket and restaurants, in your child’s school cafeteria and, amazingly, even in baby food and infant formula.

However, it is also an excitotoxin, which means it overexcites your cells to the point of damage or death, causing brain damage to varying degrees — and potentially even triggering or worsening learning disabilities, Alzheimer’s disease, Parkinson’s disease, Lou Gehrig’s disease and more. 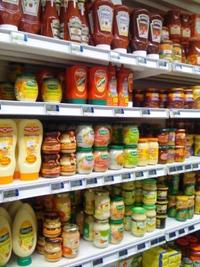 Studies have also shown that a variety of common food dyes, and the preservative sodium benzoate — found in many soft drinks, fruit juices and salad dressings — cause some children to become measurably more hyperactive and distractible.

Fortunately, when you avoid processed foods you’ll also automatically avoid virtually every one of these toxic food additives.

So, what are REAL foods?

7 ways to wean yourself off Processed Foods:

By simply following some of these tips, you can wean yourself and your family of processed non-foods.  You can avoid so many of the health issues listed above by merely not purchasing those items. We tell the marketers that we need these products when we purchase them.  Make a few changes each time you shop!
Sources:  Dr. Mercola,   U.S. News & World Report June 4, 2010