The makers of the artificial sweetener, Splenda, recently released a new sweetener, Nectresse, which is being marketed as a natural, zero calorie, healthy alternative to artificial sweeteners and sugar. Is it really natural or is it just tricky marketing to target health-minded consumers? We’ve done some research to help you make an educated decision. 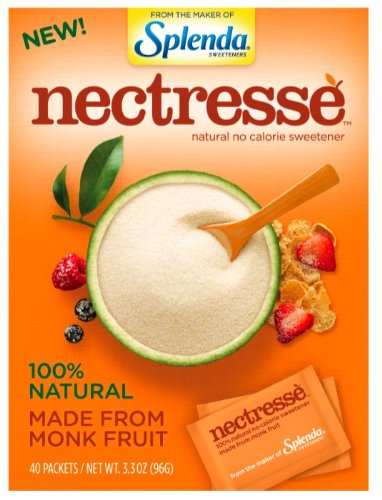 The Nectresse website claims that the product is 100% natural and made from monk fruit. Monk fruit is an Asian melon that releases its sweetness when heated and is 150 times sweeter than sugar. The process to create Nectresse is described on their website as the following: 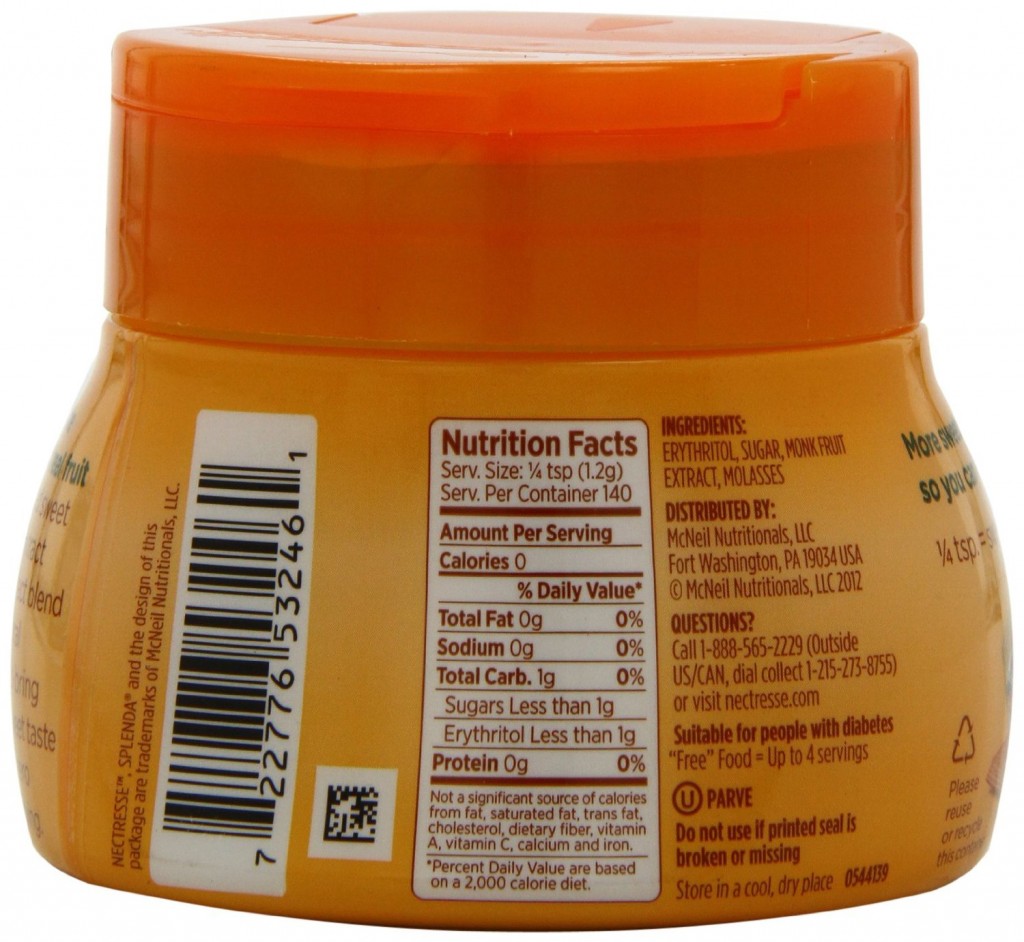 Besides monk fruit, the other three ingredients look to be derived from genetically modified crops and two of the ingredients are refined sugars.  The company can legally claim under the FDA guidelines  that Nectresse is zero calories per serving because erythritol is the most abundant ingredient used and is a sugar alcohol. Clearly, Nectresse is far from being a natural product due to the extremely high possibility that its ingredients are derived from bioengineered crops and sources. Monk fruit is very much a natural product, but paired with 3 other GM bi-products, Nectresse can hardly be thought of as natural.

Monk fruit can be up to 200 times sweeter than sugar because it contains natural antioxidants that have a very strong, sweet taste. The antioxidants in monk fruit, known as mogrosides, contain zero calories. Therefore, monk fruit is a healthy alternative to artificial zero calorie sweeteners. However, Nectresse is an impure version of monk fruit that is just one more example of the food industry’s ability to tap into the health-minded community of consumers. Don’t be fooled by this sly marketing attempt!

I recommend Stevia or Xylitol if you are searching for a zero calorie sweetener. You can find these sweeteners in the vitamin or baking aisles of your local health food store. Both products can be purchased in individual packets or canisters.