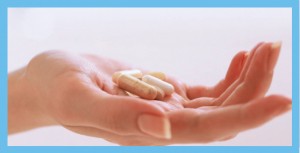 The Standard American Diet (ironically called the S.A.D. DIET) is a major contributing factor to many of the health problems that Americans are facing today.  Shockingly, America ranks 37th in longevity behind countries such as Cuba, Chile, Costa Rica, and Greece although we spend more than twice the amount of money on medical technology and pharmaceutical innovations as compared to other developed nations.  Additionally, fast food sales have increased almost 2000% over the past 30 years, which is also an indicator of the lack of nutrients in the majority of the convenience foods that Americans eat on a daily basis.  Unfortunately, our super busy lifestyles are driving us to make poor food choices that are having a dramatic negative effect on our overall health.  We also are bombarded with products that are marketed as “healthy” foods that are actually filled with sugar, fat, dyes and artificial ingredients.  I love the famous quote by Hippocrates who said “let thy food be thy medicine.”  If he lived in America today, his quote would be laughable!

Our Food is Not Our Grandparent’s Food

Fruits and vegetables are increasingly lower in certain nutrients that make them beneficial to our health. An unfortunate drop in mineral content translates that the apples of today are nowhere near as good for us as the apples our grandparents ate 50 years ago.  Our bodies thrive off of the nutrients from our food.  Our bodies were also designed to heal themselves by using those same nutrients; however, the reality is that 90% of Americans do not get essential nutrients from their diet. While this deficiency is largely due to our fast food lifestyles, even those individuals that aim to fuel their bodies with the proper food choices are still falling short because the nutritional value of our food is not what it used to be. Over the past 50 years, the nutrient content of our food has shown a markedly steady decline. The chart below shows the results of a 2004 study of 43 crops between the years 1950 and 1999. As illustrated below, the nutrient content of the crops studied decreased as much as -37%!

END_OF_DOCUMENT_TOKEN_TO_BE_REPLACED

This week, I had the privilege of speaking to some amazing women at The Coffeehouse Lake Norman about how to revamp their medicine cabinets to create a Natural Medicine Cabinet. We had some great, very open health discussions, and I was thrilled to share that Shaklee supplements are not only pure and from the Earth, but also that they have proven results.  See The Landmark Study for vital information on why millions trust Shaklee to build health in their bodies.
END_OF_DOCUMENT_TOKEN_TO_BE_REPLACED