Sandwiches are America’s favorite go-to lunch food. With restaurants like Subway and Quiznos competing with the other fast food chains, we feel we are making a healthier choice by grabbing a sandwich. Are we though? Some deli meats contain more fat, more sodium, and more preservatives than we think. Harmful ingredients are hiding in some deli meats that have been known to cause chronic illnesses and even cancers.

Be prepared when you go shopping. Follow these simple questions, and you will feel confident you are feeding your family the healthiest sandwiches! 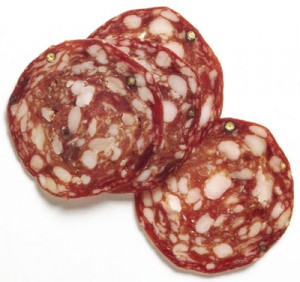 Some deli meats are quite high in saturated fat. This is particularly true of beef, ham, salami, and bacon. Turkey is usually a good choice, but it’s not the only healthy option. Whole meats such as ham, smoked turkey and roast beef generally have less fat than loaves and sausages, such as salami and bologna. Look for meats labeled “lean” or “extra-lean.” Chicken slices are almost as low in saturated fat as turkey and can be a welcome change from the standard turkey sandwich. For another option, check the refrigerated vegetarian case for vegetarian versions of deli meats. Some of these “faux” meats taste similar to meat especially after adding the spicy mustard, olive oil mayonnaise (or vegan mayo), and other accompaniments.

How much sodium is present?

Most deli meats contain unacceptably high levels of sodium, particularly salami, sausage, and bacon meats. One serving of some of some deli meats has a quarter of the day’s recommended intake of sodium. Not a good choice if you have a tendency towards high blood pressure. The good news is you can find more low sodium options. Ask about low sodium options at your local grocery store deli counter. If the salty taste is what you crave, try adding a light vinaigrette dressing or oil and vinegar with dried herbs to your sandwich!

Does it contain nitrates and nitrites?

This is the most important question. Sodium nitrate and nitrite are added to deli meats as a color fixative. Unfortunately, nitrates and nitrites may increase the risk of health problems including cancer. One study showed that people who ate meat containing nitrates and nitrites fourteen or more times per month had double the risk of developing chronic obstructive pulmonary disease (COPD), a serious lung disease usually seen in smokers. You can find nitrate and nitrite free, uncured deli meats at many natural food markets such as Healthy Home Market or Wholefoods grocery stores. 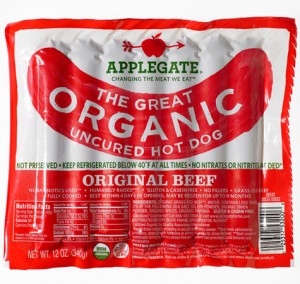 Most cold cuts are loaded with nitrates and nitrites. Three different studies have come out in the past year, finding that the consumption of hot dogs can be a risk factor for childhood cancer. The studies explain that hot dogs contain nitrites which are used as preservatives, primarily to combat botulism. During the cooking process, nitrites combine with amines naturally present in meat to form carcinogenic N-nitroso compounds. It is also suspected that nitrites can combine with amines in the human stomach to form N-nitroso compounds. These compounds are known carcinogens and have been associated with cancer of the oral cavity, urinary bladder, esophagus, stomach and brain. 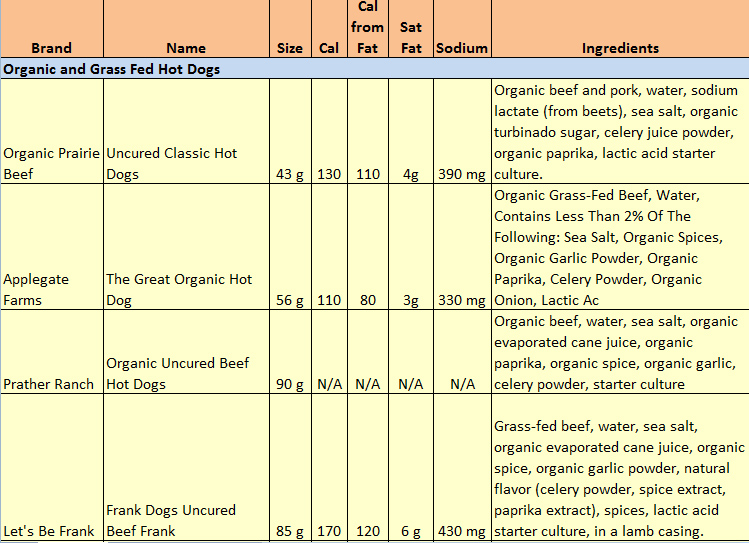 What are the other ingredients?

MSG, artificial colors, flavors, and preservatives are hidden in many deli products. One of our favorite brands is Applegate Farms. They make a line of deli meats that are organic and free of antibiotics and hormones, another plus in terms of health. As we always say, “If you can’t pronounce an ingredient, don’t buy it.”